The Summer of Love is over. The VWs are rolling back home. People are sobering up and cutting their hair. Squeezing back into starchy old suits rather than baggy tie-dye. And the top of the UK singles charts reflects this. Engelbert is back; and he has no time for hippies. 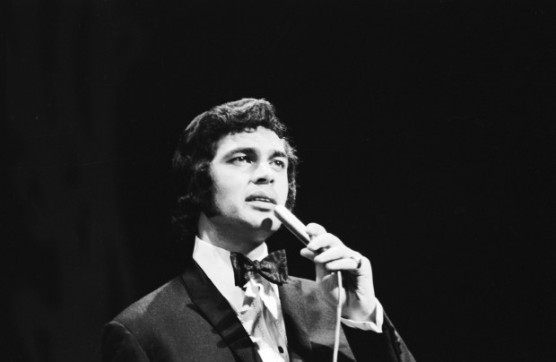 The Last Waltz, by Engelbert Humperdinck (his 2nd and final #1)

‘The Last Waltz’ is indeed a waltz. Any hope that it might just be a misleading title is crushed in the opening bars. I wonder should I go, Or should I stay, The band had only one more song to play… We’re in a dancehall, and it’s time for the final song of the night. Engelbert’s out on the pull, but hasn’t had any luck. Until… I saw you out of the corner of my eye, A little girl alone and so shy…

Immediately I like this more than his earlier #1, the dreary ‘Release Me’. It’s just got a little more of a swagger, more of a wink in its eye, a certain je ne sais quoi… It also sounds a lot more contemporary, with a touch of the swinging sixties buried in amongst all the schmaltz. It’s the la-lalalalala-lalas, I think, that shimmer in an oh so sixties way. They remind me of Jackie Trent’s ‘Where Are You Now (My Love)’ from a couple of years back.

And then comes the chorus, and it is undeniable. I had the last waltz with you, Two lonely people together… Engelbert croons like the fate of the world depends on it. And the way he powers through the I fell in love with you… line is spectacular. The last waltz should last forever… Classy. 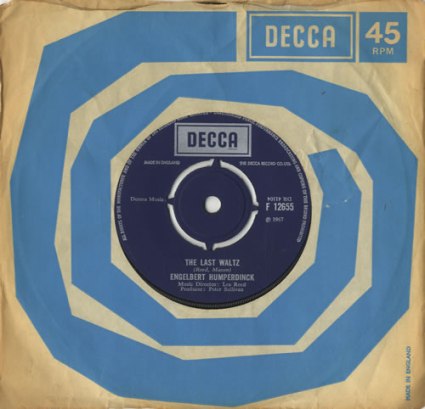 In the end, however, it hasn’t lasted. They’ve split up (though the tense keeps switching between past and present in a way that doesn’t make it immediately obvious.) And so they have truly had their last waltz. I know it’s pure and utter cheese but – keep this secret, will you? – I kind of like it. And I really like the way he doesn’t go for the all-out big finish. He just allows it to slide away with some more lalalas.

So. Just what should 1967 be remembered for? For the Summer of Love? Or for blockbuster easy-listening hits like this? Or an uncomfortable mix of both? Engelbert Humperdinck’s two chart-toppers – one in the spring, one in the autumn – straddle the year like pillow-lipped bookends. After this the hits kept coming for a while, before he settled into a life of Vegas-residencies and TV specials. In 1996 he recorded the song ‘Lesbian Seagull’ for the soundtrack of ‘Beavis and Butthead Do America’. In 2012 he represented the UK at the Eurovision Song Contest. Clearly, despite his multi-decade success, he isn’t a man that takes himself too seriously. Let’s leave him here. Engelbert Humperdinck. The ultimate housewives’ choice. The man, the myth, the name…