Another dose of easy-listening, faux-folk from Australia’s biggest band? (That wasn’t a question – you’re getting it whether you like it or not.) 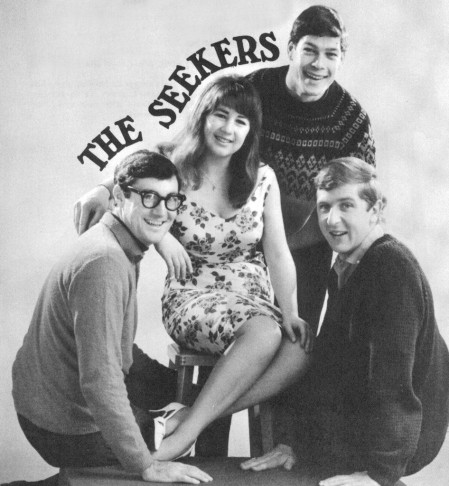 The Carnival Is Over, by The Seekers (their 2nd and final #1)

I just about managed to see the positive side of The Seekers’ first number one, ‘I’ll Never Find Another You’, for all it’s tweeness. But I think I’ll have to draw the line here… The term ‘dirge’ has cropped up once or twice in recent entries – The Beatles experimented with it in the background on ‘Ticket to Ride’, while ‘I Got You Babe’, for all its cuteness, was propped up with a pretty flat bass rhythm. ‘The Carnival Is Over’, though, is A Dirge, plain and simple.

The beat plods, the backing vocals are lifeless. You can almost picture the coffin being lowered into the ground. You start wishing they’d just get on with it… Say goodbye, My own true lover, As we sing, A lover’s song, How it breaks it my heart to leave you, Now the carnival is gone… Judith Durham, the lead singer, is once again on fine Sunday school teacher round the campfire form. Don’t get me wrong, she sings it very well; but it’s painfully proper.

It’s a song about two lovers, Pierrot and Columbine. Has Columbine fallen in love with a traveller? A handsome stranger who set up camp for a week or two? It’d have to have been a sailing carnival, thanks to the line about ‘harbour lights’… So maybe not. Or is ‘the carnival’ a metaphor for love, a love that’s no longer? Though the carnival is over, I will love you ‘till I die…

This record follows the same formula as The Seekers’ first #1, in that it was written and produced by Tom (brother of Dusty) Springfield. The melody was borrowed from an old Russian folk song, and once you learn that you think ‘Yes!’, this tune would make complete sense when bellowed out by a sturdy serf, gathering hay on the steppe. Not so much as a hit single in 1965. Yes, yes, yes it’s part of the folk-rock movement that’s become huge this year, but it’s a spectacularly lifeless song. You just want to shake them by the shoulders and tell them to liven it up a bit.

Apparently Springfield was inspired to write the lyrics after seeing the Rio carnival. Which seems hard to believe, as this record doesn’t exactly scream samba and piña coladas on the beach. In the bridge, there is an attempt at livening things up, with a nifty Spanish guitar riff. But that’s it. Plus the bridge also has a line about kisses ‘sweet as wine’, which is a metaphor I’ve never understood, what with most wines not being sweet at all. It should be ‘sweet as sherry’ is all I’m saying. 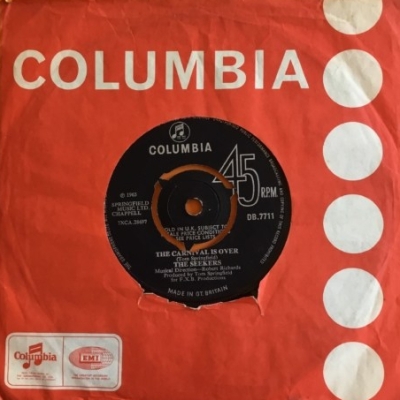 And so we plod to a close. That’s that for The Seekers at the top of the UK charts. They would have three further Top 10 singles before splitting in 1968. They’ve reformed twice since then, and still perform to this day, minus Durham who retired in 2013. They were huge in their homeland, and were even voted ‘Australians of the Year’. I can see why, too, what with US and UK acts dominating since the dawn of rock ‘n’ roll, it’s always nice to feel a local connection to a successful artist.

One more thing to say about ‘The Carnival Is Over’ – it was a spectacularly high-selling record. Late 1965 seems to have been a high point for record sales as, after Ken Dodd’s ‘Tears’ had become the 3rd best-selling single of the decade, this disc also did well over a million. At last count it was sitting at No. 30 in the best-sellers of all time list. Not bad for a dirge. I’m clearly in the minority…